Story of the phoenix

I for reason, ruling alone, is a force confining:

and passion, unattended, is a flame that burns to its own destruction.

Therefore let your soul exalt your reason to the height of passion,

That it may sing:

And let it direct your passion with reason,

That your passion may live through its own daily resurrection,

And like the phoenix rise above its own ashes. 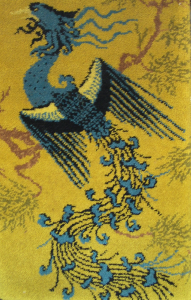 The beautiful, legendary bird that lived in Arabia and, according to myth, consumed itself by fire every 500 years. A new, young phoenix – just as breath taking – sprang from the ashes. In ancient Egypt, the phoenix represented the sun, which dies at night and is reborn in the morning. Greek mythology presents the stunning creature in the early morning – at dawn it bathes in water and sings an enchanting song. So beautiful is this song that the sun god Helios would stop his chariot to listen. There only exists one phoenix at a time. Upon its impending death, it builds a nest, sets itself on fire, and is consumed by the flames. A new phoenix springs forth from the pyre. Early Christian tradition adopted the phoenix as a symbol of both immortality and resurrection. Modern folklore utilizes the magnificent creature as a symbol of renewal, rebirth, and starting anew.

Phoenixclub decided on the name phoenix because persons, organisations, companies, etc. constantly have to adapt, reform and renew